What are you doing here? No one wants to be here! – Refugee living in The Jungle Camp, Calais 2014

If you had to ask anyone, ‘What would a refugee need?’, the answers you typically get would be food, shelter and medical aid. So, when I accidentally came across a call for volunteer issued by agara Foundation to help build a lab and give IT lessons in a refugee camp, I was curious and sceptic at the same time.

Skepticism soon turned into enthusiasm and together with the team, we set ourselves on a journeyof preparation. Time flies and sooner than later we were on our way to Dunkirk and Calais, where we were set to work for two weeks in what was one of the largest makeshift refugee camps in Europe, so much so that it was nicknamed The Jungle.

As soon as we set foot in the camp, we were struck by the state these people were living in. The smell of burnt wood, the lack of hygiene along with the stern looks of the authorities, who were at the time pushing for the closure of the encampment, all made it a difficult environment to work in; and even though no one admitted it, I believe everyone was somehow afraid of how much help we were going to be. So, we humbly proceeded to the Jungle Book Library, to start setting up for our first lesson – and up to this day I am glad we did.

Word around the Calais camp spread like wildfire and students came swarming into the Jungle Books Library, made up of four wooden structures, to attend IT lessons. Apart from daily newcomers, we also had some regulars who never missed a day and would actually be waiting for us eagerly to start. This boosted our morale a lot and after working in the camp, we would spend other countless hours preparing for the next day to be able to cater for new things that our students were asking from us on a daily basis. However, the most enriching experience was not that of teaching computer, but rather the connections that were being made and the stories the refugees were sharing with us.

“I was shot at the borders and got beaten twice by the police”; “I jumped out of a moving van as they were taking us to a military camp, I had to survive for days in the forest”; “I will be leaving tomorrow, not sure if I willmake it alive”. These are just some of the shocking stories that I personally heard and that made me wonder how fellow humans can be so cruel to each other. We usually hear these stories on TV or watch them in movies and yet, there I was sitting next to real life human beings recounting these horrible experiences. “…not sure if I will make it alive” – how cheap has life become? Through the inhumane treatment by authorities, lengthy processes and impossible barriers, these people are left with no hope.

This reality shows us how insensitive we have become to the value of life. Yet this could be us! During one of our walks through the camp, we came across a young refugee whom we invited over for an IT session. He told us how he was in possession of a Masters degree in IT. I froze at that moment – here I was in front of a guy almost the same age and with the same qualifications as myself yet on a completely different path! At such a young age with all these qualifications, this guy was homeless, wearing improvised plastic sandals made out of plastic bottles, queuing for a shower and some food, just because he happened to be living in a poorly governed country where abuse and violence by various militia groups was rampant. 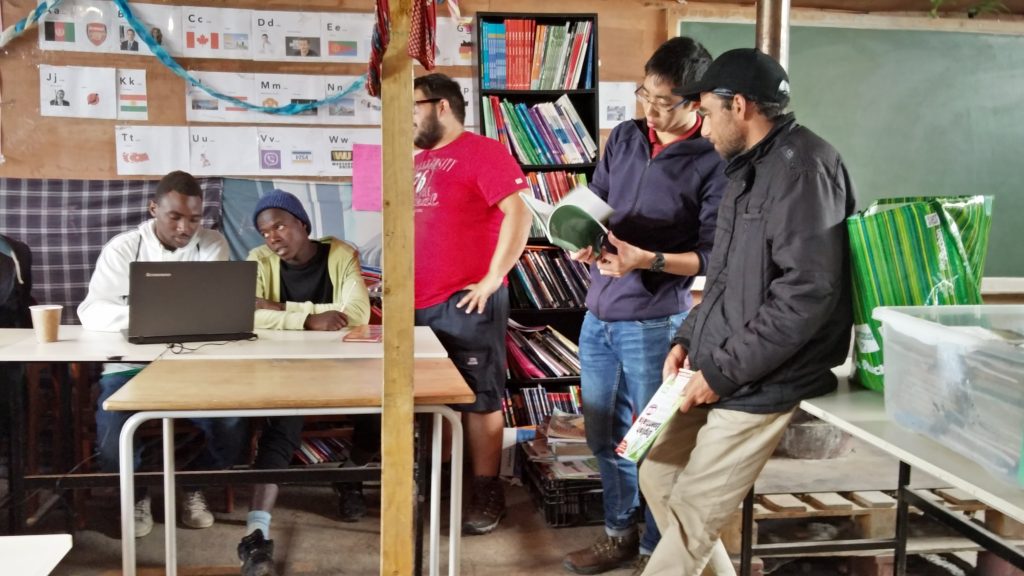 Despite all of these hardships, the refugees never failed to show gratitude and appreciation to whoever showed them kindness or help. We were often invited in their tents and offered drinks from the little they had to spare. We shared tears and joy with this community and one thing that will always be in my heart is their courage to keep on dreaming and working for a better life! It’s a lesson and a vivid reminder of how we should never give up. This experience was above all a wake up call to acknowledge the fact that we are privileged and as such, we have a moral obligation not to waste this privilege and use it to help others in need.

have a look at the photos to find out more 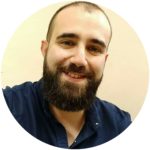 Moving from one team to another

Why I joined agara